La Paz: The Highest Capital City in the World

If you plan on traveling any time soon, Bolivia is a great location, and you can find numerous places of interest in La Paz.

There is a reason why tourism and interest in this South American city are rapidly growing. Here, we will go through everything you need to know about La Paz.

The city is a great place to visit if you plan on traveling through South America. You can easily visit Lake Titicaca or Peru during the same time frame. So, brace yourselves, and see what this incredible Bolivian city has to offer. 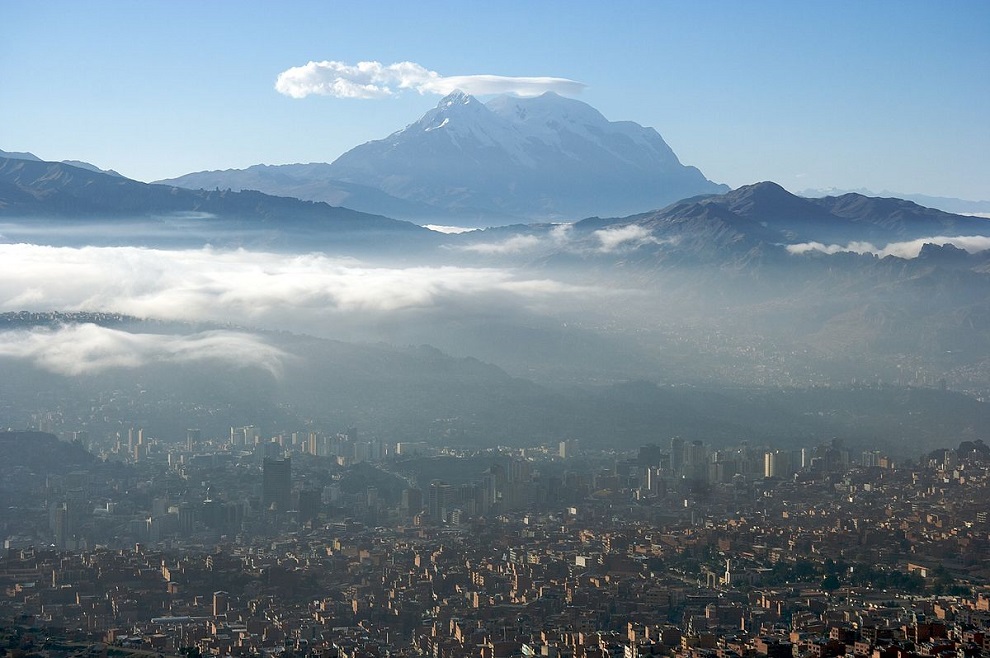 La Paz is the (de facto) capital of Bolivia, alongside Sucre. The former acts as executive and legislative capital, while the latter is the judicial and constitutional capital. It is the home of all government buildings and financial centers. But, it is not the official capital of the country.

The city is home to nearly 800,000 people, but it is still called “a city that sleeps.” The reason for this unusual nickname is the fact that all pubs and clubs need to close before 3 AM. Another interesting fact about La Paz is that it is the highest capital city in the entire world. Yup, it stands at nearly 12,000 feet above sea level. Furthermore, the city also boasts the highest tournament in the world in the shape of golf competition.

The third-largest city in Bolivia is bursting with culture, history, and numerous festivals. One of the most popular events is Cholitas wrestling, where it represents a symbolic fight for women’s rights. Women will get a chance to “beat” their male counterparts, and it shows the fight for equal rights and the battle against abusers.

Finally, if you love trying out new things, La Paz and entire Bolivia are known for their food. You can try out so many exciting dishes that you can’t find anywhere else in the world.

The Seat of Power in Bolivia

The reason why many people believe La Paz is the sole capital of Bolivia is the fact that the seat of the government is located in this city. As we mentioned already, La Paz is the seat of the government, and it has not only courts but also Palacio Quemado, which is the presidential place. Moreover, there is also a Plurinational Legislative Assembly, the central bank, and many other government agencies and departments.

It all started in 1898 when the city became a center of power for the entire country of Bolivia. While Sucre is still the capital on paper, La Paz remains one of the biggest cultural centers in South America. This change of power made a significant shift in the Bolivian economy. The country almost abandoned silver mines and focused on tin located near Oruro.

But government buildings are not the only thing you can find in this incredible city. Nuestra Señora de La Paz, as the city’s official known, also has numerous landmarks dating back to colonial times. There is the San Francisco Church, the Plaza Murillo, the Metropolitan Cathedral, Jaén Streat, etc. The most popular tourist destination is the Witches’ Market run by local witch doctors. There, you can find anything from dried frogs to armadillos and anything in between that may help you with magical rituals. Due to its rich culture and numerous landmarks, it isn’t strange that La Paz is one of the most popular tourist locations in South America. Whether you are interested in sightseeing, extreme sports, or just embracing the spirit of the city, there is no doubt that you will find something interesting.

One of the primary reasons this city is highly populated is its location. The city stands between Bolivia and Peru, and it gives you a unique opportunity to easily visit other exciting locations like Lake Titicaca. But even if you plan on spending time in the city, you can still visit some of the locations we mentioned, like Basilica de San Francisco, or see Cholita Wrestling.

Among the other noteworthy locations is Teleferico. It is a massive cable system that travels over the city and gives you a unique opportunity to observe it from the sky. If you love trying out new food, you can always pay a visit to the local Mercado Rodriguez, the biggest outdoor food market. Here, locals will sell fresh fruits and vegetables at ridiculously low prices.

Finally, Valley de la Luna is probably the most exciting location just outside of the city. Due to unusual rock formations, the whole area looks like the surface of the Moon, which is how the valley got its name.

Whatever you decide to do, there is no doubt that you will have a great time. La Paz is full of museums, incredible nightlife, and amazing food you can try. The only thing you need to do is to plan carefully so you can visit every interesting location.